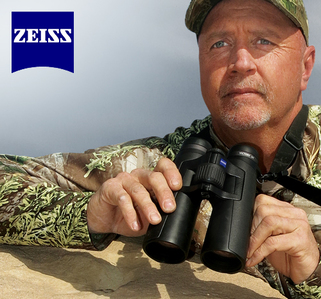 
Sometimes good products simply slip through the cracks. Or maybe I should say sometimes I'm so preoccupied with other great equipment I fail to acknowledge the present of greatness when it's right under my nose. That is precisely why I have never spoken much about the new top-end Victory binoculars made by Zeiss.

SHOT Show is the annual trade show where I get the first chance for a hands-on inspection of the best new products every year. While it's a very exciting process the sheer number of new products can be daunting to say the least. I catch myself jotting down notes to review online when I get back in the office. For me, the new Zeiss Victory SF binoculars were a standout product, something that I needed no note to remember. But upon researching the new model, I found out just how impressive the current Victory HT binoculars are; arguably the brightest, clearest binocular available today. I feel it’s important two give our readers, who are constantly in search of the best glass, my two cents about these outstanding binoculars.

I'm a simple sort of hunter, so when I have something I like, you just about have to beat me to look at the new products that come out. In the case of Zeiss’ Victory line of binoculars I have a good excuse. If you’ve followed MuleyCrazy for the past 6 years or so, you’ve seen nothing but the Victory RF 10x56’s hanging around my neck. I can honestly say that I absolutely love the exceptional quality of both the glass and the integrated rangefinder, and it’s has been a big part of the success I’ve had.

They are also the only 10-power range-finding binoculars with 56mm objective lenses, increasing brightness and field of view dramatically. I started using these binoculars in 2008 and am still using the same pair today. One of my specialties is being hard on equipment, so six years is a big deal to me. They are an extremely hardy piece of equipment to still function flawlessly six years later.

Zeiss introduced the Victory HT lineup a few years ago, but until just a few months back I had never given the HT models much attention, as I had what I’ve wanted in the rangefinder model. Most customers that asked, I urged to spend the extra 600 bucks and get the Victory RF binoculars having the range-finding technology and binoculars in one. So, when the Zeiss gurus told me that both the HT and brand new SF models had better clarity and brightness than my RF’s, my light bulb finally turned on.

It's All About The Glass:
The Victory HT binocular line is one click shy of perfection, but for those who don't need a rangefinder they are simply amazing. "We have spent more money in the glass alone than most manufactures spend in the entire binocular built by many of our competing manufacturers.” stated Michael Kurze, Director of Marketing for Carl Zeiss Sport Optics. He went on to elaborate on the quality of Schott HT (high-transmission) glass. Their engineers have been able to achieve an outstanding 95 percent (or more) light transmission, the highest of any premium binocular on the market. As any trophy mule deer hunter knows, this is huge when it comes to having the ability to locate and evaluate animals in the darkest hours of the day. This same high quality HT glass can also be found in all of the HT riflescope models made by Zeiss.

HT Ergonomics:
While some hunters may place brightness and clarity above everything, to me ergonomics are equally important. Knowing that countless hours will be spent glassing, if binoculars do not feel comfortable I would never make the purchase. If you have an issue with the feel of any binoculars at your first impression, you will revisit that uncomfortable scenario every time you glass.

The Victory HT 10x42’s are very nice in the hands. You will immediately realize that the quality and workmanship is awesome. They are an extremely well-built binocular, designed to perform perfectly in the toughest of conditions. There’s a slow and smooth focus ring that easily allows you to dial in to perfect clarity. Three-position eyecups allow plenty of adjustment, depending on your preference. Everyone seems to have their biases and preference when it comes to top-end optics, but for guys wanting the best hunting binocular the market has to offer, don’t make the mistake I did by overlooking Victory HT lineup. You will be impressed.

If you’ve followed the optics industry for the last few years, you will notice that nobody has continually been revamping their lineup like Zeiss has been doing. Everything from the more affordable Terra line, to the introduction of the game-changing Conquest HD 15x56’s, these big and bold improvements have greatly increased requests from those calling us to purchase these optics. Now, for 2015 they’ve come out with another new design of the top-end Victory binoculars which were introduced at SHOT Show this year in Vegas.

So What About The New SF's?

The new Victory SF’s are an incredibly exciting innovation. Built with the same top-end craftsmanship as the HT’s, they are noticeable different in design and in feel. Once in your hands, you’ll notice immediately that SF’s are very light. Also, there has been a big change in the center of gravity, being weighted heavier at the back and lighter at the front. With less weight pulling forward and down, this makes the SF’s feel even lighter. It’s a simple and very neat improvement.

The “SF” is short for Smart-Focus. Another big change is that the focus knob has been place where you don’t have to go out of your way to reach it, at all. As soon as you wrap your fingers around them, your index finger is already on the knob. This allows you to keep your hands in a completely natural and comfortable position at all times.

The newly developed Ultra-FL lens system uses Schott glass containing fluoride for amazing color reproduction. While the light transmission is slightly less than the HT models, the SF’s still boast a 92% light transmission rate, which his is still as good as any other premium quality binocular available. Also, the field of view on the SF’s is the best in the 10x42 class (360’ at 1000yds). This will allow a hunter to see more at once, and lens pieces with high transmission elements and field flatteners give these binoculars complete clarity all the way to the edges.

The Bottom Line:
I’ve found that most guys have their optics preference, just like they do with Ford, Chevy and Dodge. Even though I’d been a Chevy guy for most of my life, I switched to a Ford a few years ago and I’m glad I did. Even though I’d been a Leica guy for most of my hunting career, I was willing to see explore my options, and as I said before, I’ve been using Zeiss ever since.

As with most things in life, you get what you pay for. If you’re looking for a cheap deal, look elsewhere. Like all of the premium quality binoculars, the Zeiss Victory HT and new SF models will cost you a pretty penny, but they’re comparatively priced with the top-end models of Swarovski and Leica. If you’ve got the resources and are willing to invest in the best binoculars for trophy mule deer hunting, I’d highly recommend taking a look at these.